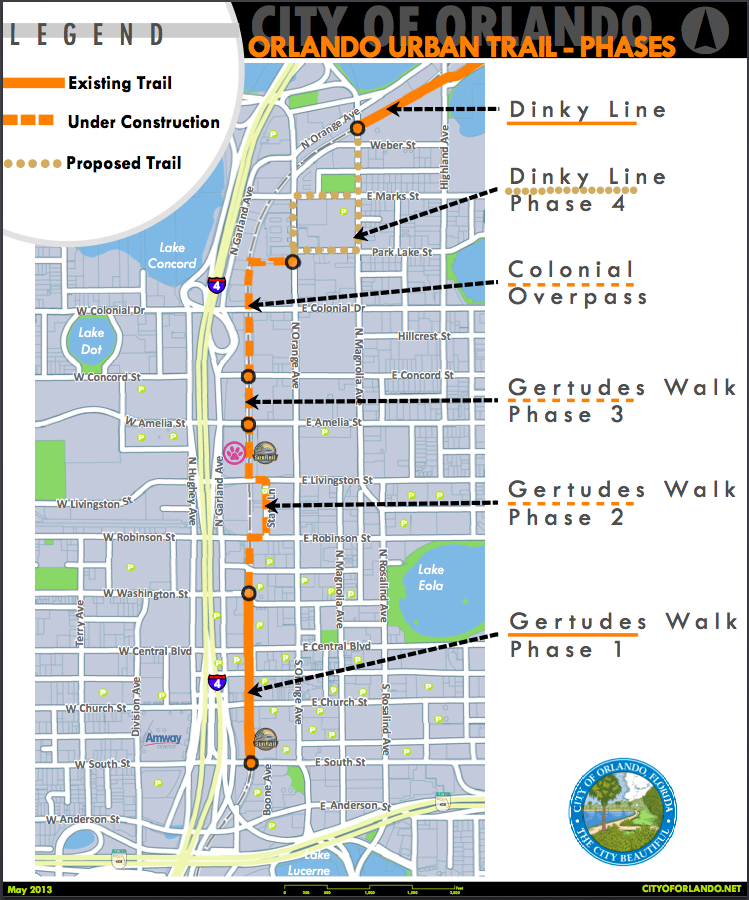 Eventually, Gertrude’s Walk will link to the Orlando Urban Trail via the pedestrian bridge over Colonial Drive.

The City’s Appearance Review Board approved the project proposal on Nov. 19. Click here to view their comments.

An article published by The Daily City shares the details of the news extension:

LYNX got approval to go forward with a planned extension of Gertrude’s Walk which will feature the following amenities:

The Major Certificate of Appearance Approval was granted with the 4 original conditions we told you about here in September, along with one extra one:

The extension will have two main blocks:

Click here for the first story regarding Gertrude’s Walk featured on the Bungalower.

This site uses Akismet to reduce spam. Learn how your comment data is processed.